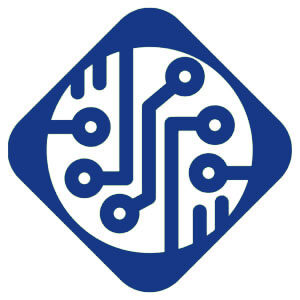 A subsidiary of Logue Family Holdings, Inc. (LFH), BBQ Guru is the proud manufacturer of BBQ temperature controllers for low & slow cooking on charcoal grills and wood-burning smokers. Achieving that delicious, mouth-watering, savory first bite takes a precise mix of time and temperature, which is where BBQ Guru steps in to take control. With award-winning temperature controllers, these devices automatically & constantly control the cooker and food temperature for you.

Wanting to take BBQ control to the next level, Jim Logue, owner of Logue Family Holdings, Inc., decided to step it up a notch by incorporating Bluetooth & Wi-Fi connection in the latest generation of their BBQ controls. The idea of the UltraQ was to give users quick visual feedback on the status of their cook with a Status Light Ring. The Light Ring would display blue when the pit is below temperature, red when it’s at temperature, pulses on the sides to alert when the fan is running, or pulses on all sides when something needs your attention.

It would also have a large LED display that could rotate the different probe temperatures giving further insight into how your cook is doing. To allow for easier management, Logue wanted a device that not only monitors temperature but allows the user to monitor and control their cook from a distance by using a smartphone with Bluetooth and/or Wi-Fi access.

The Problem & The Solution

After the product was designed, Logue struggled with identifying PCBA vendors that met his quality standards. Logue decided he wanted to have better control of the whole process; therefore, he acquired ThermOmegaTech®, an electronic contract manufacturer, in 2019. With cooperation between ThermOmegaTech® and BBQ Guru under one roof, ThermOmegaTech® could handle all aspects of the manufacturing process for this box build project.

Recognized as a reputable electronic contract manufacturer, ThermOmegaTech® has reserved a spot on the Preferred Supplier List (PSL) year after year. With the emergence of Surface Mount Technology (SMT), they became a leader in contract manufacturing for consumer electronics, industrial, aerospace and defense, and medical applications. Establishing a broad range of multi-disciplined expertise over the last 30 years, ThermOmegaTech® has been instrumental in the success of many “World’s First” technologies in various industries and applications.

Bringing an impressive roster of state-of-the-art manufacturing equipment, including fully automated assembly lines, ThermOmegaTech® was guaranteed to streamline production and bring Logue’s vision to life. With conductive ESD flooring, ThermOmegaTech® Takes the highest level of precaution for component handling and even bakes all bare boards to avoid latent defects.

The UltraQ design required both SMT and Thru-hole processing, in addition to programming and a box build assembly. A complete turnkey box build project became possible with the acquisition of ThermOmegaTech® Electronics, which began production of the controller in early 2020 and continues to manufacture it today.

ThermOmegaTech® produced one board design for the UltraQ controller – a unique box build assembly with surface mount and thru-hole components, which allow its users to have complete control of their cook.

“The acquisition of ThermOmegaTech® Electronics gave us the control we needed to get the job done exactly the way it was envisioned,” said Jim Logue. “Once the design was finalized, we had complete control over the entire production cycle and quality management – no back and forth with outside vendors, no miscommunication, no additional cost due to outsourcing. We could now guarantee the quality was up to our standards!”

Once the equipment was programmed and boards approved for roll-out, the boards ran through ThermOmegaTech’s® SMT line, which consists of a Desen Stencil Printer, a high-speed ASM Siplace Pick & Place machine for quick and precise component placement, an 8-Zone Lead-Free Reflow Oven, 3D paste inspection, and finally a 3D Automated Optical Inspection System (AOI) for the final examination of surface mount parts. After a successful review, the boards were transferred to ThermOmegaTech’s® soldering station to delicately solder the UltraQ display in place.

“ThermOmegaTech® automated assembly lines improved precision and accuracy and reduced downtime immensely,” Logue enthusiastically stated. “We had 100 boards run through the SMT line within a few hours, without a single defect!”

Once the assembled printed circuit boards (PCB) were completed, evaluated, and tested, the boards were sent to ThermOmegaTech’s® Programmers to be programmed and calibrated to function accurately based on their design. The programmer takes the assembled PCB and connects it to a computer to program the microcontroller, giving the UltraQ life. They will ensure the controller reads temperature accurately and triggers the corresponding red or blue color to light up the LED outer ring indicating high and low temperatures. Once programming and testing are completed, the PCB assembly is placed in the UltraQ hard case enclosure, tightly screwed in, and ready for sale!

With the help of ThermOmegaTech®, BBQ Guru successfully launched the UltraQ temperature controller in May of 2020. Orders quickly flowed in as the announcement of the UltraQ intrigued BBQ lovers all over the country!

“If you are on the fence about getting [the UltraQ], go ahead and pull the trigger! This unit is awesome. The set-up was so easy… The app works very well… The unit is easy to read… Build quality is very nice!… I highly recommend the UltraQ!!!” – James Powell, Amazon reviewer.

“Best addition for a Weber Smoker… Excellent, consistent results, and now I actually look forward to what I’m going to try next.” – John Sabol, Amazon reviewer.

“Awesome, my husband loved it! He never wants or buys anything!” – Amazon reviewer.

“I love the new UltraQ… Having all of the information on my phone in the app is a game-changer for me. Easy App, Easy to control, and the light ring is pretty cool as well!” – Amazon reviewer.

This entry was posted in Business, News. Bookmark the permalink.
Manage Cookie Consent
I agree to let this website use cookies to improve my experience. For more information on the cookies we use see our cookie policy.
Manage options Manage services Manage vendors Read more about these purposes
View preferences
{title} {title} {title}